Read our history...then become part of it

As written by John Burland
Part 1
Part 2
Part 3
Part 4
As well as the Scout movement celebrating its centenary in 2008, a walking competition for members of the uniformed organisations, which was started in 1957 to celebrate the Golden Jubilee of Scouting, celebrated its own Golden Jubilee.

As the name suggests, the walk crosses six of the North Yorkshire Dales. Starting at Settle in Ribblesdale it is 42 miles in length, travelling roughly in a north-easterly direction crossing Airedale by Malham Tarn, Wharfdale at Kilnsey, Nidderdale at Lofthouse, Wensleydale at West Tanfield and finally reaching Swaledale at the village of Pickhill.

The route can be broken down into fairly easily definable sections of some 10 or 11 miles each – Settle to Kilnsey, Kilnsey to Lofthouse, Lofthouse to Grewelthorpe and Grewelthorpe to Pickhill. There is some 3,000 feet of ascent over the total distance; 1,000 feet in the first section, 1,200 feet in the second and 800 feet in the third with the final section being virtually level throughout. As well as the above-mentioned villages, during the competition additional checkpoints are located at Street Gate near Malham Tarn, and the shooting lodge at Mossdale, midway between Kilnsey and Lofthouse.

In early 1956, the late Ronnie Marshall, the Assistant District Commissioner for Senior Scouts in the North West Leeds District, proposed the idea of a walk crossing the valleys of North Yorkshire. This had resulted from the fact that a number of Senior Scouts had expressed a wish to do something other than the usual round of the Yorkshire Three Peaks and wanted something more challenging in distance. After much map research a provisional route was devised. This was to start at Settle in Ribblesdale and from here the route was to cross the Aire by Malham Tarn, the Wharfe at Kilnsey, the Nidd at Ramsgill, the Ure at either North Stainley or West Tanfield having passed through Kirkby Malzeard village, and the finishing point was to be at Skipton-on-Swale between Ripon and Thirsk.

On July 26th, 1957 seventeen Senior Scouts took park, therefore, in the first Six Dales Walking Competition. This was entitled ‘The Jubilee Trail’ as it took place in the Scout Golden Jubilee year, 50 years after Lord Baden-Powell had started scouting with his camp on Brownsea Island in Hampshire. This first competition was won by Barrie Walker, a Senior Scout with the 14th North-West Leeds Group, who completed 31 ½ miles within the 12-hour time limit set by Ronnie Marshall. The competition organisers checkpoints for this first competition were at Street Gate, Malham; Kilnsey outside the Tennant Arms; Ramsgill; Kirkby Malzeard; and if necessary, Skipton-on-Swale. In the event, the final checkpoint was not needed as Barrie Walker was stopped after 12 hours, 3 ½ miles on the east side of Kirkby Malzeard at approximately the River Ure.
The following year, 1958, the competition was held on July 6th and the weather was very warm, but despite this three Senior Scouts from 5th North-West Leeds Group, Messrs, Ellmore, Burnley, and Platts, completed the full 45 miles to Skipton-on-Swale, finished together as a group of three, in a time of 11 hours 50 minutes. Over the next six years the number of entries increased steadily to 47 competitors and the time for completion of the route decreased to 9 hours 23 minutes. This was set by Alan Boden, a Rover Scout with the 33rd North-West Leeds (West Park Congregational) Group on July 5th, 1964.

In 1968 when David Boulton took over as organiser, following the death of Ronnie Marshall two years earlier, the rules were tightened up. Prior to this, competitors had been able to cover the course wearing whatever clothing they wished. It was quite normal for them to complete in running gear of T-shirt, shorts and plimsolls. Additionally, up to 1964, everyone competed as individuals and could walk alone or with others as they wished. This change to the rules was prompted by the death of a competitor in the 4 Inns Hike in the South Pennines area and a recommendation from the Scout Association that all competition organisers looked at their rules and followed guidelines laid down by the British Mountaineering Council.

It was felt that the rules needed altering as follows – firstly, a need to improve the dress worn, particularly over the moorland stages; secondly, the requirement for all competitors to walk in teams in case any competitor is injured, is taken ill or becomes exhausted; thirdly the establishment of additional checkpoints to cut down the area of search in case a competitor becomes lost and the use of radio between checkpoints to report on the position of all competitors ; and finally more issue of parental support in manning checkpoints to provide better back-up facilities for the competitors.

As regards clothing it was decided that fellwalking equipment should be worn and carried until after the moorland section. This included the wearing of walking boots, long-sleeved shirt, walking trousers and the carrying of spare jumpers, waterproofs, headgear, gloves and emergency rations by each competitor. In addition, each team had to have a basic amount of team equipment; maps and compasses, survival bag, torches and first aid kit. The walking teams had to comprise at least four members with a maximum of seven and had to remain as a group as far as the end of the moorland section, which in 1964 was Kirkby Malzeard. After this point, the team could split and walk as individuals, although from 1977 the minimum walking together had to be two people. Additional checkpoints were added, firstly at Henstone Band between Kilnsey and Ramsgill to cut down the search area over Meugher, and secondly at West Tanfield. It was felt that it was becoming unsafe for tired walkers to have to ford the River Ure at North Stainley and therefore it became compulsory to use the bridge at West Tanfield and a checkpoint was established there to ensure that this was being done.
From 1968 onwards as the number of entries increased, more parents became involved with helping during the competition. At the various checkpoints they acted as marshals, timekeepers, first aiders and caterers. In addition, they were used to transport spare equipment forward for teams continuing along the route and also to transport any retired competitors. This task still continues, and I can speak from personal experience as a competitor as to how valuable this support becomes throughout the competition. A welcome cup of tea or orange juice at each checkpoint and help with blisters and other minor ailments is most welcome.

In 1970, at very short notice, the route of the competition had to be changed. Earlier in the summer there had been a number of disastrous moorland fires and just before the 1970 competition held on July 12th one of these occurred on Stonebeck Down over which the original route lay. After discussion with local landowners, the route was moved northwards in the section between Kilnsey and West Tanfield. New checkpoints were needed to be established and these were fixed at Mossdale Shooting Lodge, Lofthouse and Grewelthorpe to replace the ones at Henstone Band, Ramsgill and Kirkby Malzeard. In 1971, again after discussions with the local landowners, the date of the competition was moved to late September to keep clear of the grouse breeding and shooting seasons. The new date also proved quite attractive to the organisers as it kept the competition clear of the summer examinations and also the camping season.

It was decided for the 1972 competition to open the entries to Scout members from other Districts. Until this time, the competition had been exclusively for Scouts from North West Leeds District, but it was felt that the organisation was such after 15 years that entries from other Districts could be handled without difficulty. In 1975 the Scout Group I was connected with in Horsforth entered the competition for the first time and over the next 10 years I was actively involved as either a marshal or competitor. In 1983 I wrote a book, published by Dalesman, about the competition and the route, and this sold well to both competitors in the competition and also other walkers who wanted to attempt the walk itself.

Between 1975 and 1985 records for the route tumbled dramatically as competitors became fitter and trained harder for the competition each year. In the late 70’s the organisers introduced a number of additional trophies as the number of entries increased to over 240 individuals in nearly 50 teams. These were an “Open Trophy” for anyone over the age of 16 which could include leaders, a Venture Scout Trophy (16-20 year olds), a Scout Trophy (11 -16 year olds), a Ranger Guide Trophy (16-20 year olds), a Guide Trophy (11-16 year olds) a “Mixed Trophy” for mixed Venture Units where the team had to comprise at least two females, a “Novice” trophy for teams comprising members who had not won any of the trophies previously and a trophy for teams from the Sponsor District of North West Leeds.

Most of the current records for the event were set during the 1980’s when I was involved with the competition and these are as follows:


In 1989 the final eight miles of the route was changed, primarily to avoid the difficult crossing of the A1 after West Tanfield. The finishing point was changed initially to Baldersby St James and then in 1993 to Pickhill instead of Skipton on Swale. The route over this final section was along minor roads and tracks with a checkpoint in the lay-by on a minor road, the B6267, a few hundred yards from the A1 instead of at Wath. Peter Page took over as principal organiser in 1992 and in recent years handed over this task to Mark Sergent who is the current organiser and also looks after the website for the competition.
Over the last fifty plus years, in excess of 10,000 youngsters and leaders have taken part in the competition and some have gone on from this to become keen mountaineers, and fell walkers, thus showing how involvement at an early stage can lead to much greater things. For example, one of the winners of the 1982 Venture Scout Trophy, whose record time is still unbeaten of 8 hours 39 minutes, was Chris Hodgson who now runs a successful outdoor activities business from his alpine guesthouse at Morzine in the French Alps. As they say “From little acorns…”
The competition has survived for 50 years and is still popular with Scout and Guide sections throughout the North of England. Good places to see the competitors throughout the day are at Street Gate, Malham, and the Tennant Arms, Kilnsey during the morning, and then at Lofthouse, Grewelthorpe and West Tanfield from lunchtime onwards. Any support from walkers or spectators in those areas on the day will be more than welcome. 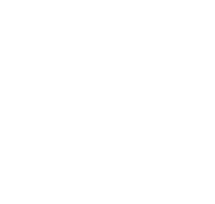